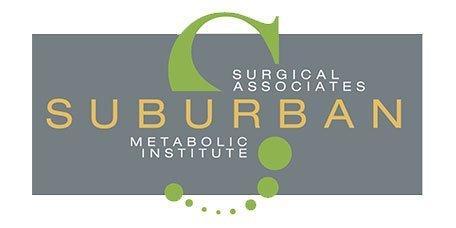 Your first sign of gallstones may be a sudden, severe pain in the upper right of mid-portion of your abdomen, or it may be a more subtly gnawing discomfort that begins after the dinner you ate earlier this evening. Once symptoms develop, you might need gallbladder surgery to treat or prevent severe complications. The surgeons at Suburban Surgical Associates/Suburban Metabolic Institute are among the top-rated surgeons in the Chicagoland area for gallbladder surgery. If you have gallstones and are concerned about symptoms that may be related to them, call our offices in Berwyn, La Grange, or Elmhurst, Illinois, or request an appointment online.

What health problems affect the gallbladder?

The gallbladder’s job is to store bile that’s produced in the liver, then send bile into your small intestine when it’s needed to digest fatty foods. Several health conditions may affect your gallbladder, including:

The bile stored in your gallbladder consists of bile salts, bilirubin, and cholesterol. Gallstones develop when these components get out of balance, usually when your bile contains too much cholesterol or bilirubin, or not enough bile salts. Gallstones may be quite small or as large as a golf ball, and you can develop just one or hundreds of small stones.

When the gallstones temporarily block the flow of bile from your gallbladder, it can result in temporary pain. These attacks often are triggered by eating a meal of fatty, greasy, or spicy foods, and can be associated with other symptoms such as nausea, or sweating.

In colic, though, the symptoms are usually temporary and resolve within a few minutes to a few hours. However, once the attacks happen once, the common pattern is for them to be more severe and more frequent.

Cholecystitis refers to inflammation of your gallbladder and is also typically caused when gallstones obstruct the flow of bile from the gallbladder. But the obstruction, in this case, is more severe and long-lasting, usually resulting in more severe, unrelenting symptoms. Often, this necessitates more urgent surgery to remove the gallbladder.

These conditions result when smaller gallstones pop out of the gallbladder and obstruct the ducts emptying the liver or pancreas. Pain from these conditions is often related to fevers, jaundice (yellowing of the skin), and other symptoms.

When patients have symptoms classic of gallstone disease but don’t have gallstones turn up on radiologic images, then dyskinesia is one possibility. It occurs when the gallbladder doesn’t function and empty properly, resulting in symptoms similar to biliary colic, but without the stones themselves.

When do you need gallbladder surgery?

Gallstones are the most common reason patients need surgery to remove their gallbladder, a procedure called a cholecystectomy.  Often, surgery is a viable option for patients with symptoms that are consistent with biliary dyskinesia. It's the best treatment when gallstones begin to cause symptoms or result in the conditions mentioned above.

What is laparoscopic cholecystectomy?

The physicians at Suburban Surgical Associates/Suburban Metabolic Institute perform laparoscopic cholecystectomies, which is a minimally-invasive procedure that only requires a few small incisions.

During that procedure, your surgeon inserts a laparoscope -- a long, thin instrument with a camera and lighting -- through one incision, where it provides a high-resolution, magnified view of the surgical site.

Then, your surgeon removes your gallbladder using specialized surgical instruments that are contained in long, thin tubes and inserted through typically three other incisions placed under the right side of your ribcage.

With laparoscopic surgery, there is minimal scarring and a quick recovery. The Suburban surgeons often do it as a same-day operation, and most people can recover and get back to regular activities within a week or two.

While there's always the small risk that the surgeon may have to convert to conventional open surgery, especially if there's significant inflammation or scarring, the risk is minimal in most cases.